access_timeMarch 12, 2016
The Lent season this year has been deeply felt by the volunteers of the Albanian Organization of the Order of Malta, who participated not only in the activities specified in their calendar, but also were offered in other spiritual activities.
One of the activities is the Station of the Cross in the Mount of Tarabosh. Undoubtedly the Malteser volunteers have been part of the innumerous believers.
The prayer of the Station of the Cross was held on Saturday, March 12, led by Msgr. Angelo Massafra, Archbishop of Shkodër – Pult, followed by priests, nuns and lay people of all ages. Since this is the Year of Mercy, testimonies of martyrs of the Albanian Catholic Church were read during the Station of the Cross. The Malteser volunteers prayed the 14th stop “Jesus is laid in the tomb”.
There were 20 staff members and volunteers of the Albanian Organization of the Order of Malta, together with the First Aid Team of the Organization taking part. 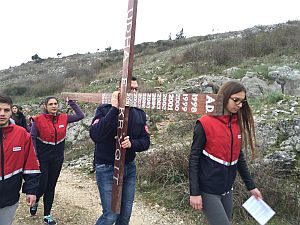 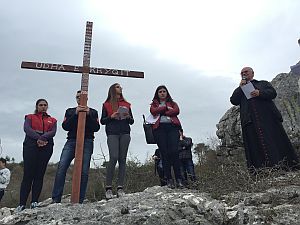 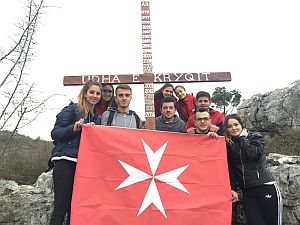