Station of the Cross

The prayer of the Station of Cross is widely spread among Churches, especially on Fridays, and it culminates with the annual Prayer in the Mountain of Tarabosh, part of the celebrations the Diocese of Shkodra has prepared during the Lent Season.

The Station of Cross, organized by the youth group of the Cathedral of Shkodra, in collaboration with all the catholic youth groups of the Diocese, was held on Saturday, March 17, youth and faithful of all ages from Shkodra and its suburbs, accompanied by priests and nuns, climbed the mountain of Tarabosh praying and recalling the Passion of Jesus.

The prayer of the Station of the Cross began with the greeting of the parish priest Dom VlashPalaj and was finally concluded by H.E. Angelo Massaffra, Archbishop of Shkodra.
The Malteser staff and many volunteers participated, and three Malteser volunteers prayed the 12th station “Jesus dies on the cross”. 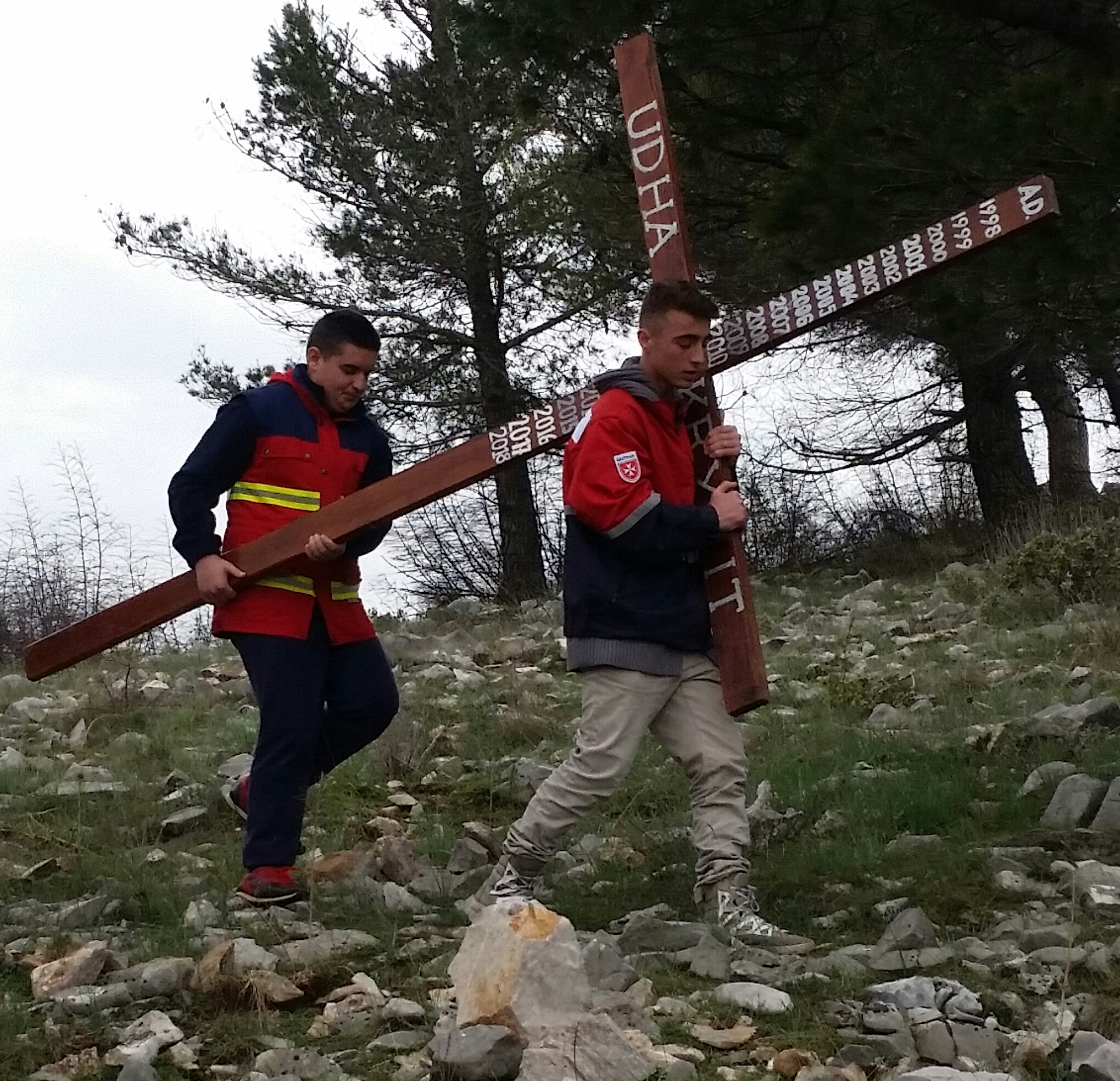