One of the Malteser Albania main activities is connected with healthcare. It includes:

Together in Fighting Cancer

Order of Malta and IAEA in Fighting Cancer
On 28 February 2012, the IAEA’s Program of Action for Cancer Therapy (PACT) and the Order of Malta initiated a cancer control partnership focusing on making affordable radiotherapy available for all.
During the visit to the IAEA, the Supreme Head of the Sovereign Military Order of Malta, His Most Eminent Highness the Prince and Grand Master Fra’ Matthew Festing, met IAEA Director General, Yukiya Amano.
The Prime and Foreign Minister of the Order of Malta, Grand Chancellor Jean-Pierre Mazery, and Massoud Samiei, PACT Director, signed the Practical Arrangements to support comprehensive cancer control in low- and middle- income countries. 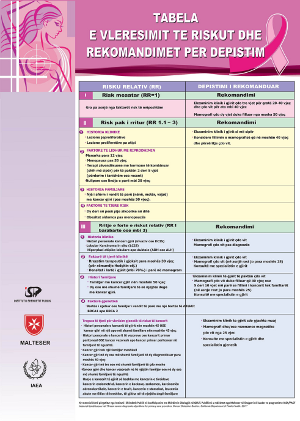 What is IAEA
IAEA (International Atomic Energy Agency) is the world’s center of cooperation in the nuclear field. It was set up as the world’s “Atoms for Peace” organization in 1957 within the United Nations family. The Agency works with its Member States and multiple partners worldwide to promote safe, secure and peaceful nuclear technologies.
The IAEA’s mission lies on: Safety and Security; Science and Technology; and Safeguards and Verification. 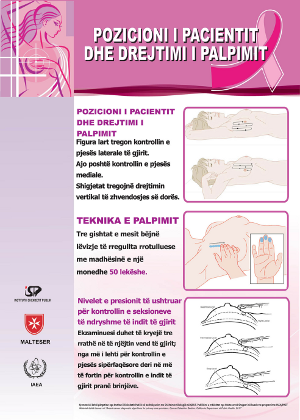 IAEA – PACT Program
PACT was created within the IAEA in 2004 to build on the Agency’s experience in radiation medicine and technology, with a mission of enabling developing countries to introduce, expand or improve their cancer care capacity and services in a sustainable manner. PACT does this by integrating radiotherapy into a comprehensive cancer control program that maximizes therapeutic effectiveness and impact. PACT integrates and aligns cancer prevention, screening and early detection, treatment and palliative care activities. Based on the Guidelines of the World Health Organization, PACT also addresses other challenges, such as long term support for the continuing education and training of cancer care professionals in developing countries. 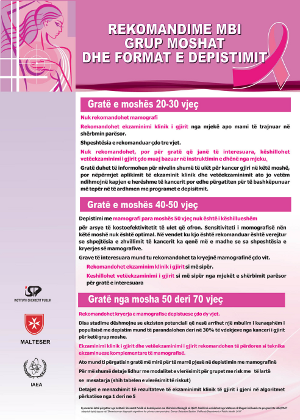 Battling Cancer in Albania
With a population of approximately 3.1 million people and about 7 700 new cancer cases every year, Albania’s demand for cancer care greatly exceeds the available capacity. The IAEA assists the country in identifying priority areas for fighting cancer and has committed funds for the purchase of a cobalt-60 radiotherapy machine. The IAEA’s PACT and its partners support Albania in training and educating cancer specialists, as well as in raising awareness about the benefits of a holistic approach to planning and delivering cancer control and care. However, there is still a major need for training and workforce development. 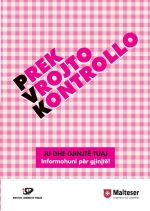 Public awareness in Fighting Cancer
In the frame of the fight against cancer, Malteser Albania, in cooperation with the Institute of Public Health, has prepared, financed and distributed leaflets on breast and uterus cancer. In cooperation with the Public Health Department of Shkodra, it has organized a fair on the awareness of women and girls of different age groups about ways of control and visits to breast and uterus cancer and distributed leaflets. 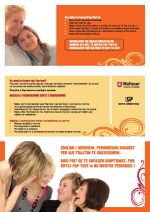